Running Overlapping Seasons for Your Organization

This article explains how to set up and manage overlapping seasons for sports organizations. While it is always recommended that season overlapping is planned for ahead of time, the need may arise after registration for the upcoming season has already started, or final organization tasks and events are delayed.

Setting up Your Org for Overlapping Seasons 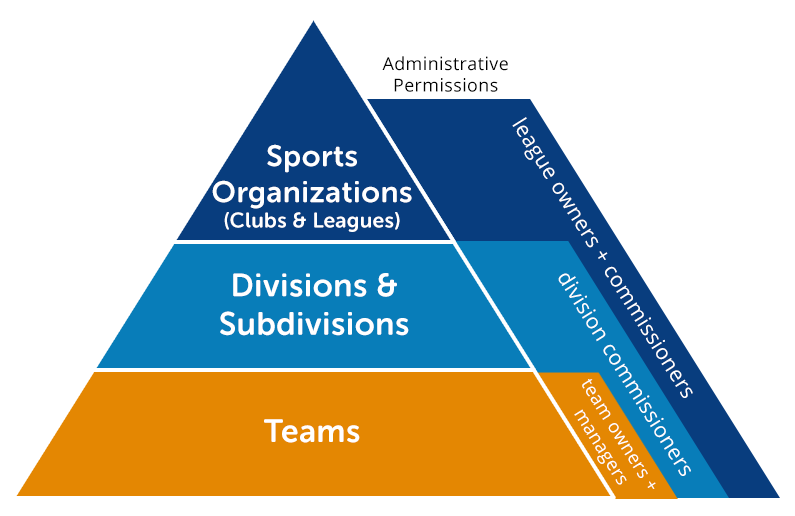 One of the ways you can utilize divisions is by having them become your seasons. So, your division "folders" can represent each season, allowing you to have a specific division with as many subdivisions as needed, where teams for the active season can be organized.

Structuring your organization in this way provides a way for you to easily archive a season once it's over using our divisional archive. Another benefit is the ability to assign division-specific commissioners as needed, as well as the ability to communicate with specific divisions and the teams within them. You can apply the divisions-as-seasons method at any level. For example, if you have multiple sports run by your organization, you can create sports-specific divisions, then apply the divisions-as-seasons method for the subdivisions within each sport division. Even if we didn't set up our divisions as seasons initially, we can still treat them as seasons where needed and even change up some of the structure after our end-of-season archive.

Division level archiving allows you to save a copy of the current season for a particular division, and start fresh with a new one. For example, what if you need to open registration for your next season now, but the current season does not end for 3 more months? You can set up a new division for the upcoming season, get your registration going immediately, and when the current season ends you can archive it. The only thing to keep in mind when using this method is that you must roster new members to the season that will stay active, otherwise, if you roster them to the season that gets archived, there is no way to pull them to the active season and you would need to have the affected members re-register. 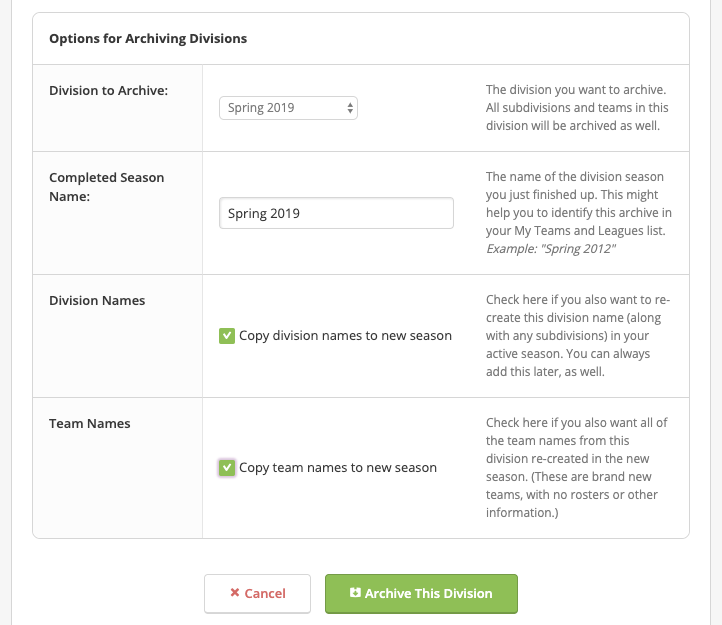 Did this answer your question? Thanks for the feedback! There was a problem submitting your feedback. Please try again later.
Last updated on December 28, 2021

No results found :( Looking for your team? Search "Find my invite"